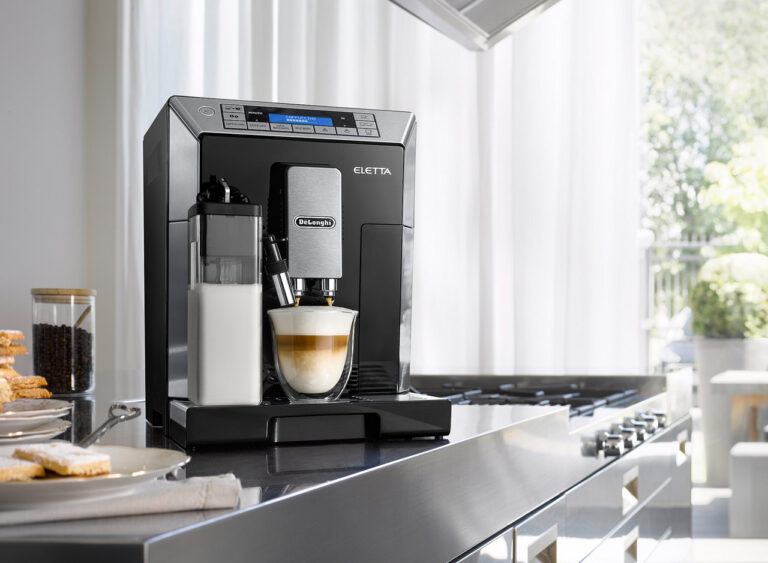 The lazy way to make a perfect cup of coffee

There are those who believe half the pleasure of a great cup of coffee comes from the ritual of making it. The details of the ritual vary from person to person and place to place, but the desired effect is the same: a perfect cup of hot, rich, fresh coffee. “Perfect,” of course, is quite subjective. Among people who take coffee seriously, there is a great deal of disagreement as to what types of bean, roast, and grind make the best coffee, how concentrated the grounds should be, whether the coffee should be infused into the water by dripping, steeping, or steaming, and many other details. Regardless of the precise outcome, however, coffee purists often insist that if you want coffee done right, you must make it by hand, with a great deal of care and attention to detail.

I certainly count myself among those who cherish a perfect cup of coffee. And yet, I’ve never been much for ritual. All things being equal, I’d prefer to have my coffee with as little effort as possible, but I draw the line at those trendy machines with the prefilled plastic pods (you know, Keurig K-Cups, Nespresso, and the like)—the beans are not freshly ground, there’s too much waste, it’s too expensive per cup, and you have too little control over the final product. Fortunately, technology allows me to have my café and drink it too, thanks to a breed of coffee maker known as a superautomatic.

First, a few background concepts about coffee brewing. The standard American method for making coffee is to allow hot water to drip through a filter full of ground beans and then into a carafe sitting on a hot plate. You’ll get eight or ten cups of coffee this way in about five minutes. While operating the coffee maker itself is usually just a matter of flipping a switch, that doesn’t include measuring and pouring the water, inserting the filter, measuring the ground coffee, or disposing of the used grounds. (Add another step or two if you grind your own coffee beans—which you should.) The end result is a relatively dilute coffee whose taste rapidly deteriorates as it ages and evaporates. The person who drinks the first cup often has a much better experience than the one who drinks the last cup.

By contrast, espresso is made one or two cups at a time by forcing steam into a much finer grind of coffee and through a metal filter that allows slightly larger particles of grounds through than a paper filter would. This normally results in a stronger coffee, mainly because less water is used; if you kept forcing steam through the grounds for a longer period of time, the coffee would become increasingly weak, eventually reaching the strength most North Americans consider normal. (Think of the Americano, which is just espresso diluted with hot water.) Making espresso (and its milk-added cousins cappuccino and latte) is normally an exacting manual procedure, but one that results in a fresher cup because the coffee never sits around in a carafe becoming bitter.

I’ll Have a Digital Cappuccino

A superautomatic coffee machine uses the pressurized steam method of coffee production to make a single cup of coffee at a time, but without any of the manual steps. With the press of a single button, the machine grinds beans stored in an internal hopper; tamps them down into the filter assembly; squirts steam through them into your cup, then ejects the used grounds into a holding bin. The whole process takes about a minute, and it produces a wonderfully rich, creamy coffee. Most superautomatics allow you to adjust a wide variety of settings, such as the coarseness of the grind, the amount of ground coffee per cup, and the volume and temperature of the coffee. With various combinations of settings, you can get a tiny cup of ultra-concentrated espresso, a large mug of American-style coffee, or anything in between. (My personal preference is Swiss-style café crema, which is stronger than American but weaker than espresso, served in a demitasse cup with a golden foamy finish.)

My wife’s favorite feature of our first superautomatic was its automatic milk frother. This is not simply a wand that squirts steam into a container of milk (though you can do that too if you want). Instead, you drop a small hose into a container of milk, press a button, and the machine sucks in the cold milk and delivers hot frothed milk from a nozzle right into your coffee cup. The frother enabled us to make an excellent cappuccino by pressing exactly two buttons. (Due to reasons, our current superautomatic lacks a frother, but we’ll think about that again the next time we’re in the market for a new model.) Depending on the model and manufacturer, superautomatics have a variety of additional features. Some have a built-in cup warmer, an internal water filtering system, or a second steam pump so that they can brew coffee and steam milk at the same time. Programmable digital models feature an alphanumeric display and one-touch access to popular features, to save your delicate fingers from having to physically move levers or knobs to adjust settings.

You Can Put a Price on True Happiness

Superautomatics don’t come cheap. A good mid-range model, with a digital display and most of the bells and whistles, will run in the neighborhood of US$1,500. A high-end consumer machine can go for as much as $6,000 (which, by the way, is a bargain compared to commercial models); on the other end of the spectrum, if you’re willing to forgo a few of the more esoteric frills, you can find a good basic unit for as little as $500. Unsurprisingly, superautomatics are a frequent cause of buyer’s remorse, which means some good bargains on lightly used machines can often be found on eBay or at dealers with money-back guarantees.

The best-known manufacturers of superautomatic coffee machines are Saeco, Jura, De’Longhi, and Miele, all of which offer a wide selection of models in various price ranges. However, don’t expect to find a great selection of such machines on display at your local Wal-Mart. High-end kitchen stores like Sur la Table and Williams-Sonoma carry superautomatics; apart from that, your best bet is usually an online retailer (such as Seattle Coffee Gear) with a good return policy. Also be prepared to get picky when it comes to coffee beans. Shiny, oily beans are to be avoided; a dark but dry bean such as Illy will make your superautomatic purr.

I Love the Java Jive and It Loves Me

You may be thinking: My generic $25 drip coffee maker works just fine. Why should I spend such an outrageous amount of money on a fancy coffee machine? Sure, the coffee from these machines may be excellent, but is it really worth the difference in price? Speaking for myself, the answer is yes. The combination of outstanding coffee and one-button convenience is worth quite a lot to me, and I’ve never regretted buying either of the two superautomatic coffee machines I’ve owned. Needless to say, superautomatics are not for everyone. If you don’t drink much coffee or can’t tell the difference between instant and fresh-brewed, a superautomatic is a frivolous investment. On the other hand, if you are—or aspire to be—a coffee connoisseur, this marvel of engineering may lead you to wonder what you ever found so endearing about your beloved French press or copper coffee pot.

Since I bought my first superautomatic, my contributions to the Starbucks empire have fallen off dramatically. My kitchen may not have quite the ambiance of a local coffee shop, but the wireless network is faster and the coffee is better. That digital biscotti maker is still a dream, but I always know where to get a good cup of Joe.

Note: This is an updated version of an article that originally appeared on Interesting Thing of the Day on April 8, 2003, and again in a slightly revised form on June 7, 2004.